All posts in Fun Facts

What do Las Vegas and Oscar Wilde have in common? They’re all connected to copper baron and former Montana Senator William Andrews Clark. 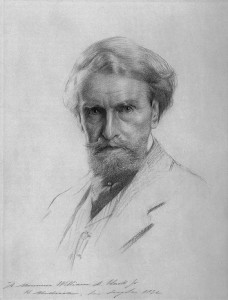 The Senator was born in 1839 in a log cabin in Pennsylvania, but moved with his family to Iowa where he taught school and studied law. Jumping on the opportunities afforded by the gold rush, Clark moved to Colorado in 1862, where he took up quartz mining. While there, he learned about various mining opportunities in Montana where he relocated and prospected for gold, eventually earning enough money to buy up claims for copper mines, continue prospecting and begin to build his fortune. By 1901 he became a bank president in Deer Lodge, Montana. He was elected to U.S. Senate in 1901.(1)

His activities weren’t limited to Montana. He purchased a number of acres in Arizona and took control of the town of Jerome, founded Clarkdale as a smelting operation and then turned his eye on Southern Nevada. At the time, there was no railroad connecting Salt Lake City directly with Los Angeles, requiring  a trip through San Francisco. In order to shave hundreds of miles from this journey, take advantage of the shipping trades in in San Pedro, California, and to build a railroad to add to his now considerable fortune, Clark purchased nearly 2000 acres from Helen Stewart, the owner of a profitable ranch on the site of a former Mormon mission . The rest is history. As James Hulse writes: 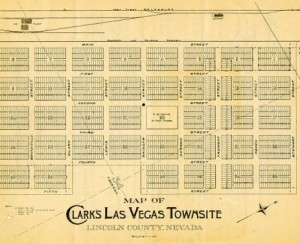 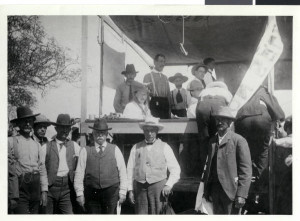 Because liberal divorce laws were already in place and it was to be only two more decades before gambling was legalized and the Hoover Dam constructed, the city of Las Vegas thrived. Although his continued mining interests in Nevada weren’t as prosperous as those in Montana and Arizona, Clark was worth about $50 million in 1900. By the time he died, it was estimated at $200 million. His son, William Andrews Clark, Jr. was a beneficiary of this fortune and in turn, bequeathed his outstanding collection of 17th– & 18th-Century English literature and history, Oscar Wilde and fin-de-siècle materials, California private presses, printers’ archives, and early Montana imprints to the University of California. Because the Senator died at the time Clark Jr.’s library was being constructed in Los Angeles, we know it today as UCLA’s William Andrews Clark Memorial Library. 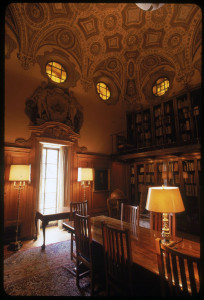 Notice the Retrofit Fun Fact under the banner?

As we ready ourselves for the 2014 RBMS Preconference, we hope you will enjoy visiting and re-visiting the Preconference website to review some of the titles of talks/presentations/plenaries/&c. from our colleagues of yore and how these topics are akin to the kinds of challenges/opportunities we face.

These facts are drawn from the wonderful RBMS keepsake created five years ago for our semicentennial. It was compiled, edited, and with an introduction by R. Arvid Nelsen, with the Assistance of Terry Belanger.

Fun Fact #1 “Collecting Scientific Literature” — 1960 one-day RBMS meeting. The meeting was officially called, “A One-Day Program Rather Than A Formal Conference”, and it was held in Montreal at McGill University Libraries.

Fun Fact #2 “Basic Care of Rare Books and Manuscripts” — the 1961 committee devoted its entire conference to exploring: rules, regulations, use, marking, shelving, maintenance, repair, rebinding, and treatment with regard to our treasures and how we care for them. Any of these sound familiar?

Fun Fact #3 The “Western Americana Institute” — the 1963 RBMS meeting was held in Chicago, Illinois. It was co-sponsored by the History Section, Reference Services Division of ALA.